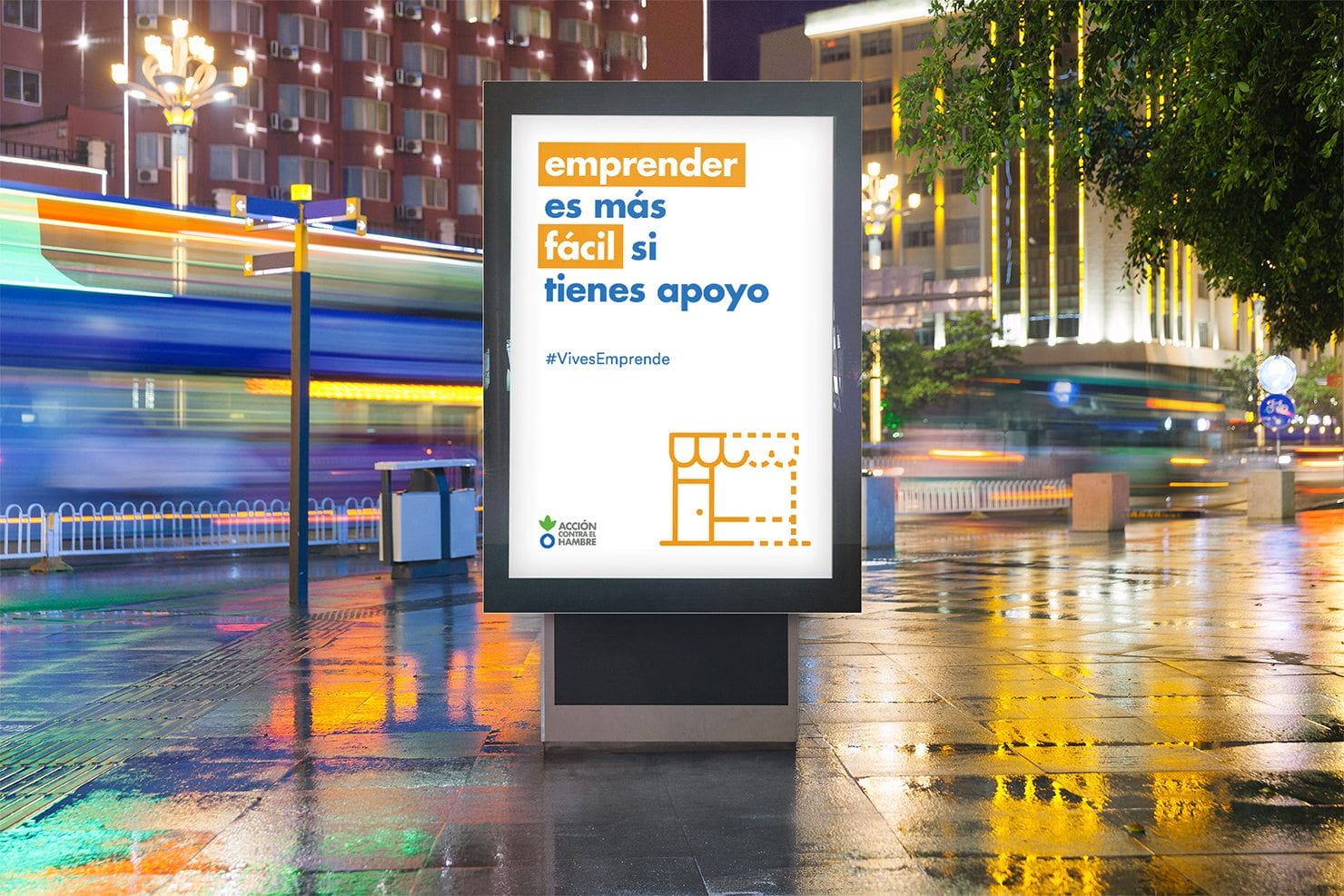 Vives program of Action against Hunger Spain is focused on improving the employability of people at risk of exclusion and offering support to entrepreneurship projects. The NGO told us that they had difficulties in finding profiles that fit the beneficiaries of the project, and also the campaign had to be developed only for a month.
The original idea was to combine on and offline strategies, but our Digital Agency proposed a pure digital strategy and campaign with which we would take advantage of all the Google and Facebook segmentation tolos, this results in a large number of beneficiaries subscribed.

“Through this campaign, enrollment in the Vives proyecto programs increased dramatically”

Basically the campaign concept is based on 2 ideas to convey: Easy and Possible. With the mantra that through the program Vives Project will be easier to find work and start an entrepeneurship project.

We design Graphic applications in which concepts Easy work and Easy entrepreneurship, acted as a claim with the objective to attract the beneficiaries or people in their circle to the advertisement or the banners. 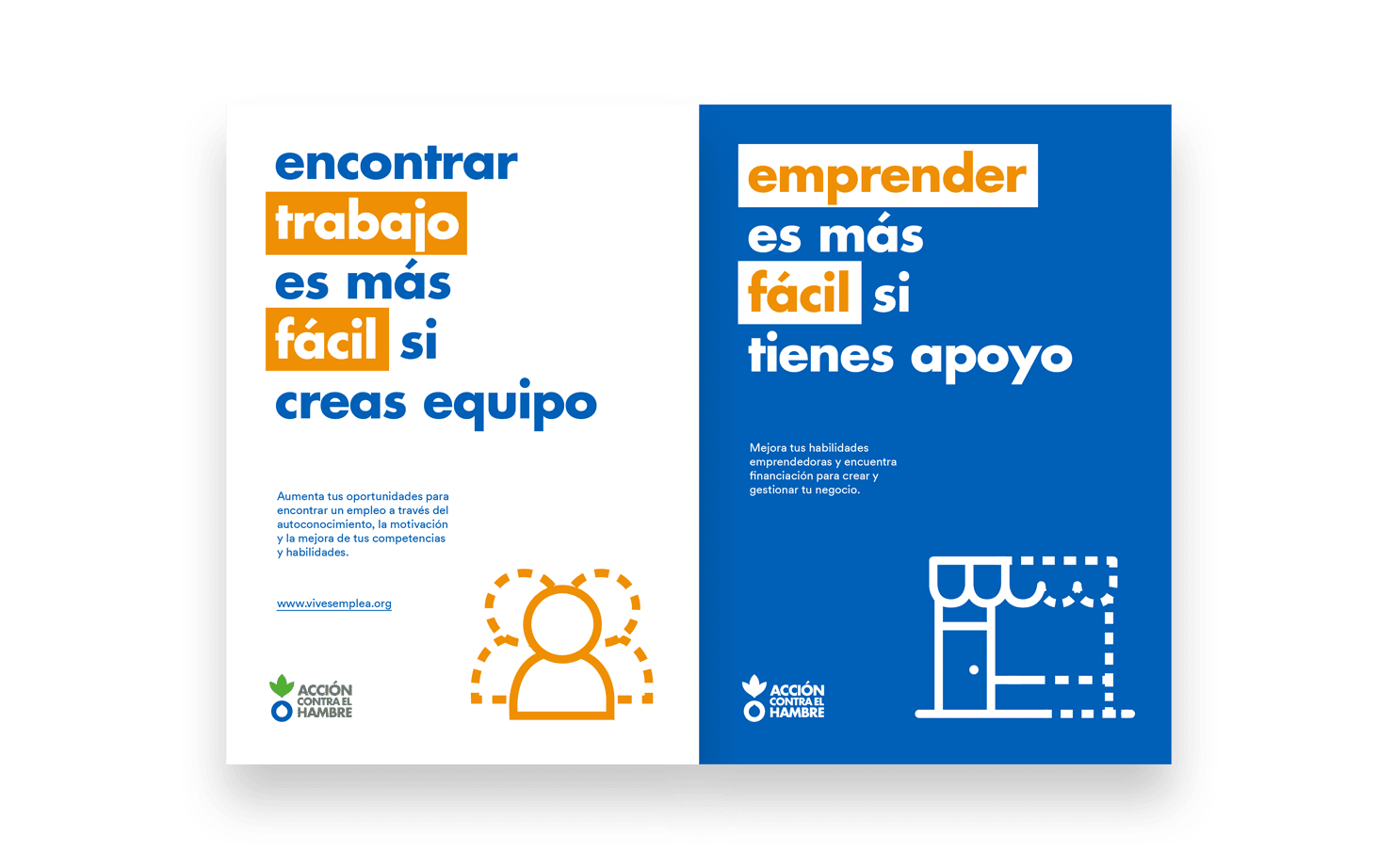 It was necessary to have enough material to be able to rethink the campaign according to the development of the project. We create more than 40 banners, 2 corporate videos and write more than 100 ads tailored to each of the groups we identify in the segmentation process.

The campaign was developed for 3 weeks on Adwords and Facebook platforms. To take advantage of the segmentation capabilities and adjust it to the profile of the beneficiaries. Regarding the material for the diffusion, we generated the graphic material and all its adaptations to the different groups of segments.

The campaign was geographically segmented to make sure that the organization’s investment only had effect in the places where a Vives program existed. We also segmented by interest to try to reach the potential beneficiaries of each of the two typologies of project: Emprende or Emplea.

To be operative and work coordinate with the NGO, especially when deals with such tight deadlines, we worked through the Invision platform where our designs and content proposals were evaluated in real time and we could make mods without gumming up the campaign.

All this material and the investment in time and money did not make sense if the ads linked to a page that was not intuitive. During the diagnosis of the project we identified that the access to these programs through the NGO itself was confusing to the user who had to go through a very complex conversion funnel.

To facilitate the registration we designed and developed 2 landing Pages with essential information and direct access to the program that depended on the geographic location from which it was accessed and a very simple form, emphasizing to offer an extremely simple UX. 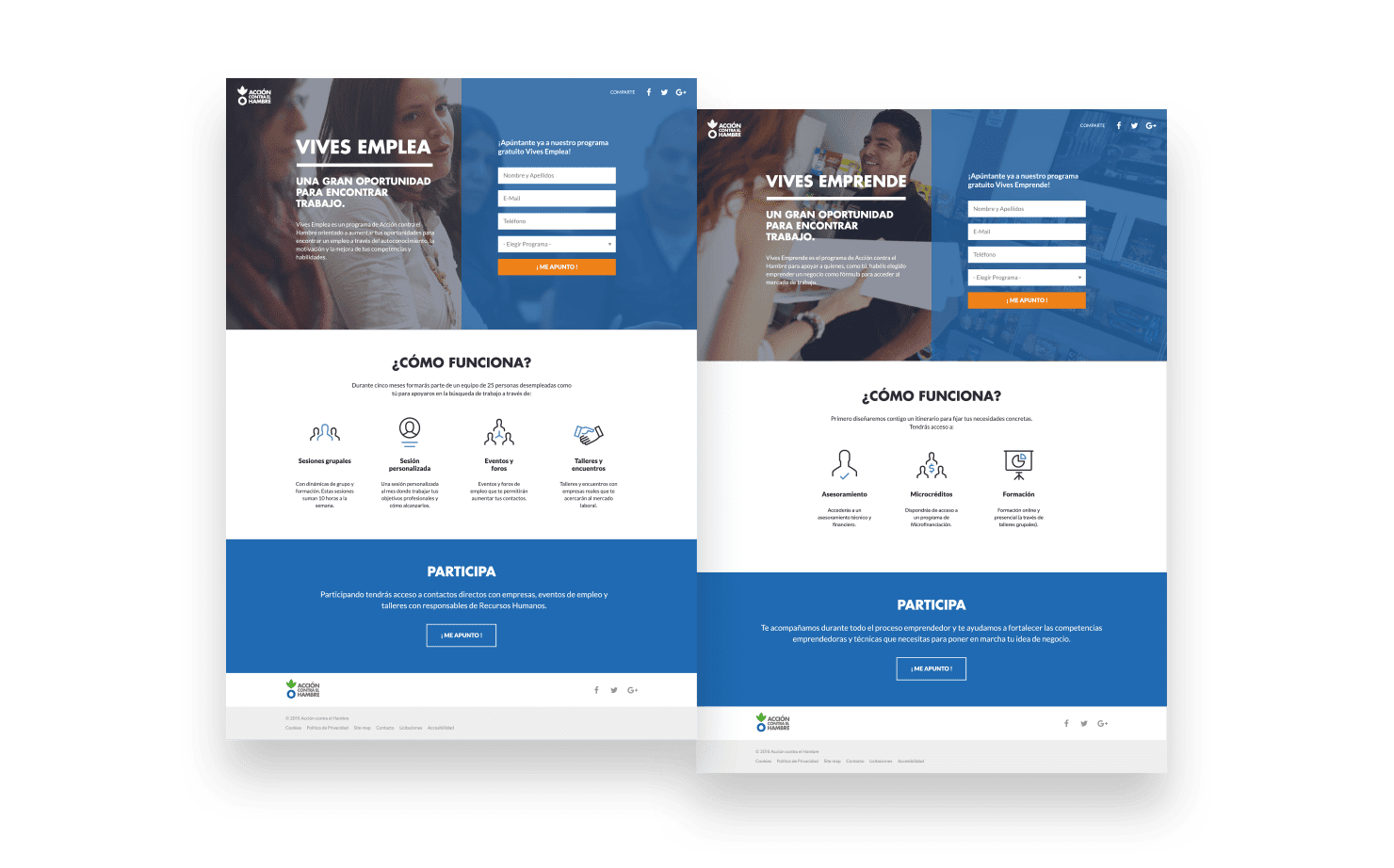 It was very important to work in coordination with the NGO because they need to monitirize all the investments and results.

We develop dynamic scorecards in which the organization could see all the investments and the results of each segment of the campaign and we could be accountable and also make decisions in an agile way. In this way both the NGO and we had a global vision.

To be even more agile in the project we decided that the scorecards only had to show the essential data of each of the channels in which we were developing the campaigns of the different projects and served us to guide the content of the campaigns according to the results.

We obtained more than 1,500,000 impressions and more than 30,000 video views that resulted in more than 10,000 sessions to landing pages that ended with 1000 beneficiaries enrolled in the program. 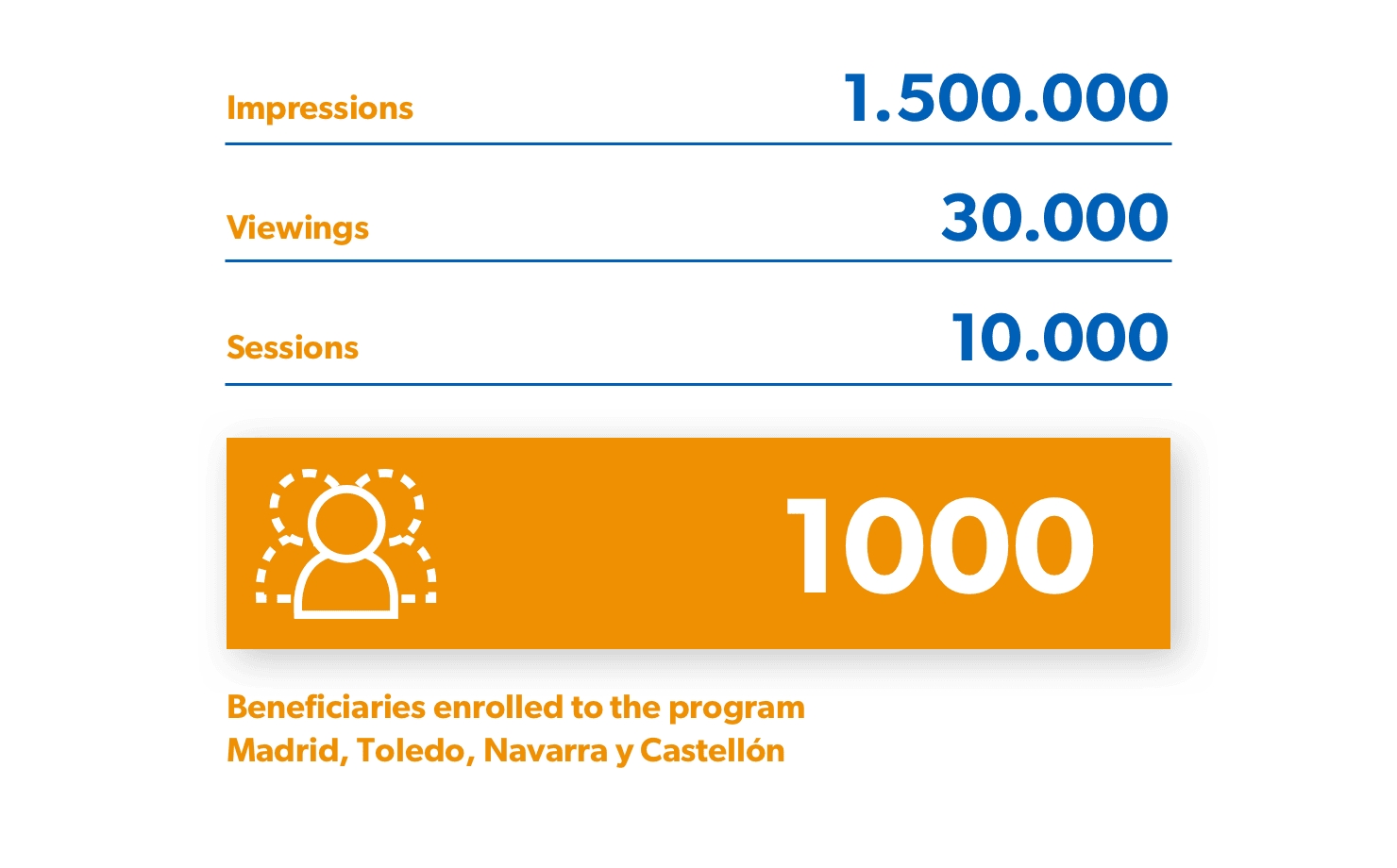