We designed and developed Salt app for Generalitat Valenciana. This APP allowing us to translate texts from Spanish to Valenciano and vice versa, an APP that minimizes errors and guarantees a high quality of translated texts.

This application is a bet of the General Directorate of Culture and Heritage, dependent on the Generalitat Valenciana to provide institutional tools that serve to promote the use of language through digital tools. 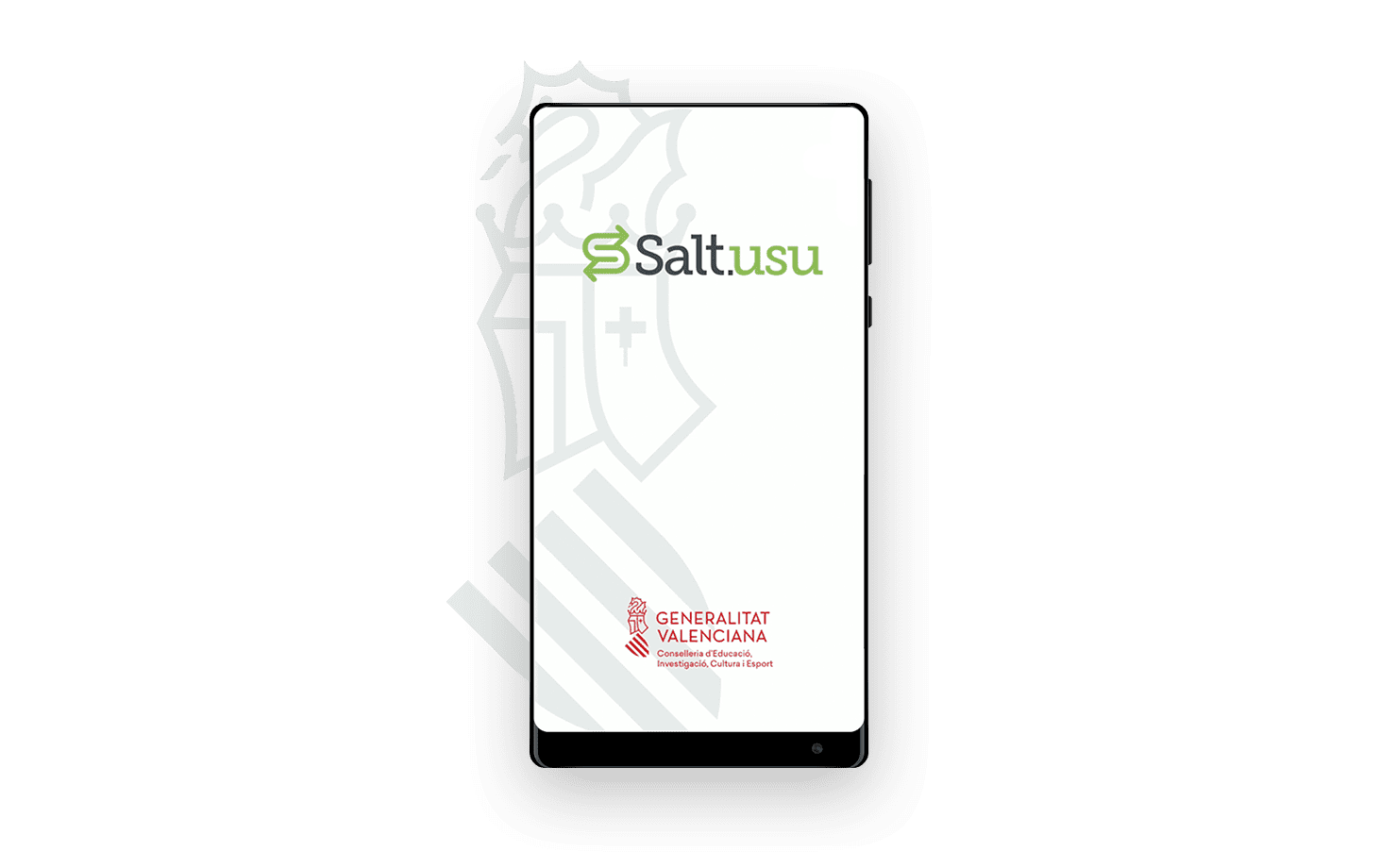 The challenge was to provide a tool that was accessible and that would convert the process of translating texts into an absolutely functional activity.

We design an app based on material design with all the functionalities of a translator in a single view. we create a clear, simple interface reduced to the maximum expression so that the user focuses on the main activity that is the translation of texts between Valencian and Spanish.

We have reduced the color palette to just 2 tones, using green as the main color, which serves to emphasize the fundamental elements of usability and institutional logos.

“An absoute user friendly app thanks to its simplicity” 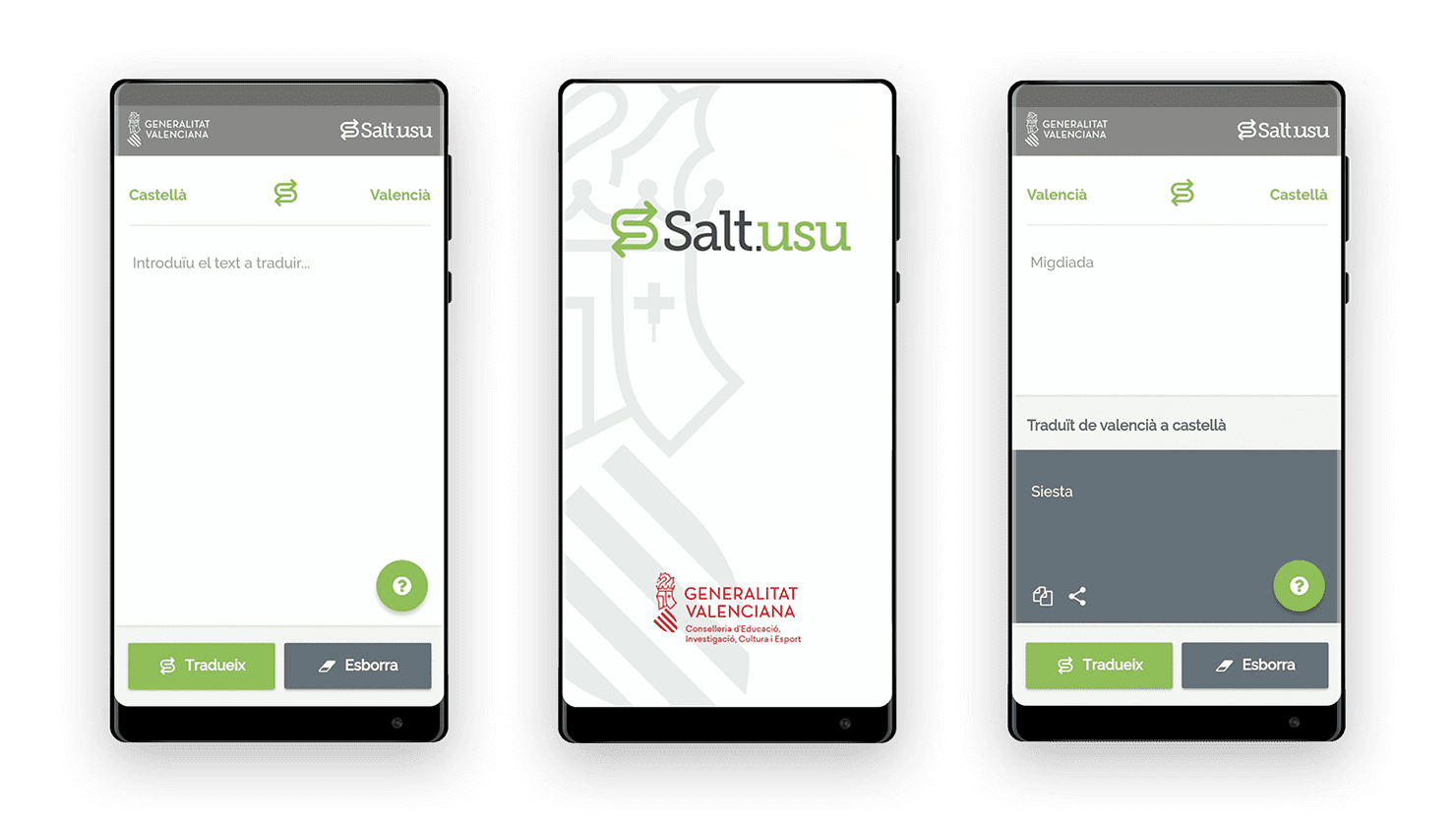 For the transition between languages we have designed a micro-interaction in which we take advantage of the symmetrical shape of the logo to create a dynamic effect to highlight a fundamental functionality.

This micro interaction is useful in the context of the application, surprises the user, enriches the experience and at the same time is perfectly descriptive of the functionality of switching between languages.

“For the users, the interface is the product” 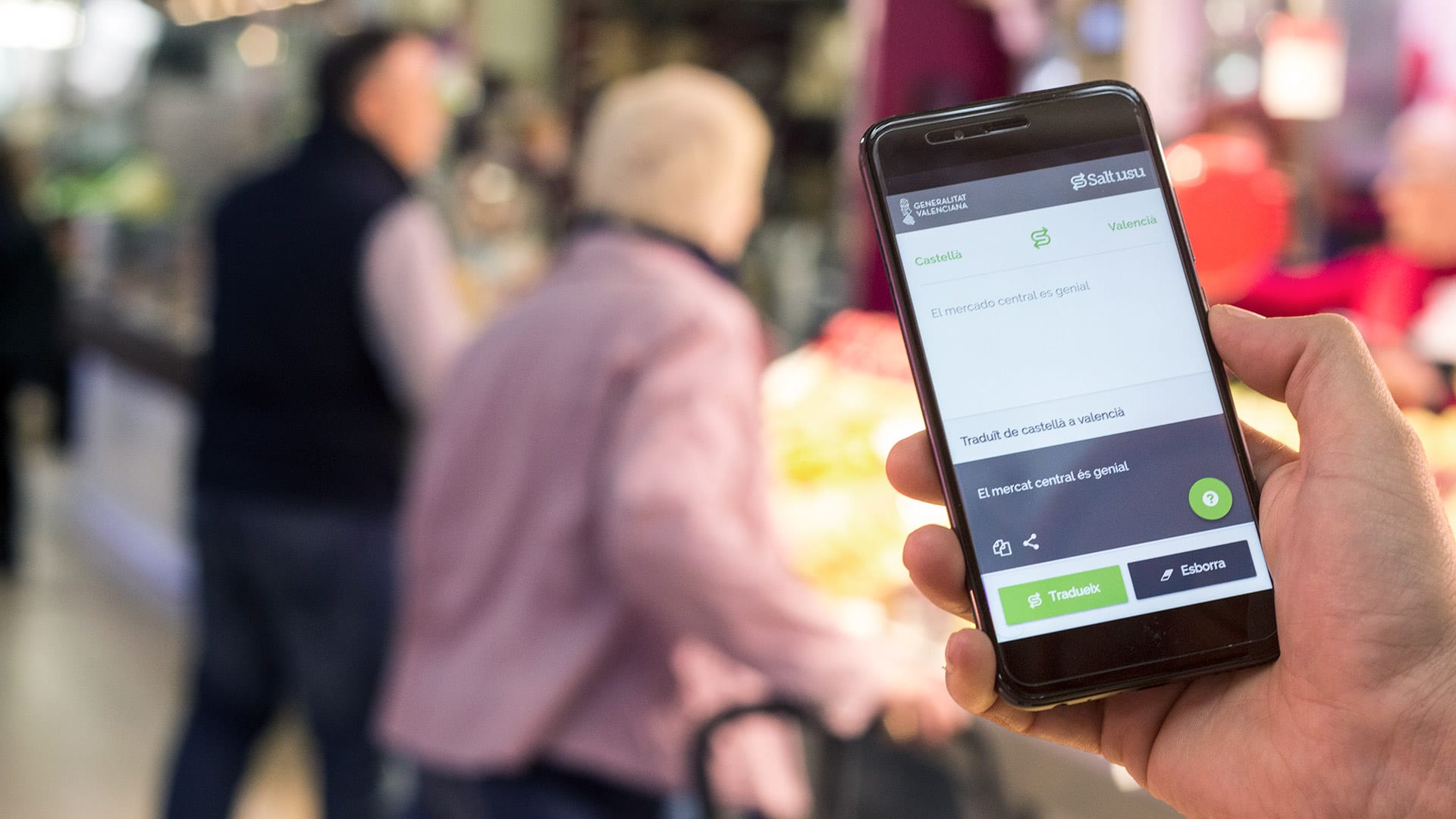 An App designed to be fully usable that will surely be very useful to tourists, students and anyone interested in learning Valencian.

Download the App Salt translator for OSX and ANDROID and you will not resist any text in Valenciano.