Awwwards digital thinkers conference is a special event for us, are very identified with its philosophy and again, we have designed and developed the official Awwwards Conference APP.

Those days in NY our brains and hearts did not stop beating. We tell you our most significant event talks, without forgetting the NBA, the NHL and the pizzas of 2 bros 😉 .

During the event, we had the opportunity to talk with some of the creatives who design and manage the digital communication of some of the biggest companies in the world, for example, Reed Enger of Google, Gene Lee of MailChimp and Khoi Vinh of Adobe between other digital evangelists.

In events of this type, we usually identify that many times at the end, people do not just interact and also, we feel that part of the communicative spirit is lost.

We created a little game that we introduced the welcome pack of all the guests. The objective of this game was to create an environment in which to favour interaction.

We designed a ScratchCard, the prizes of our card basically served to interact with the assistants and lecturers, these “weapons of mass interaction” were a Spanish hug, invitations to drink and paella and the jackpot, the gift of a bottle of wine of Valencian Community O.D.

We used guerrilla marketing techniques in SSMM virtualizing the promotional video and different communications in which we explained the dynamics of the game reached all attendees.

This “naive” action allowed us to break the thread and get closer and get to know professionals from around the world with a little more depth in a lighthearted way and this time very analog. 🙂

All the conferences were of first level, but we want to highlight some of them. 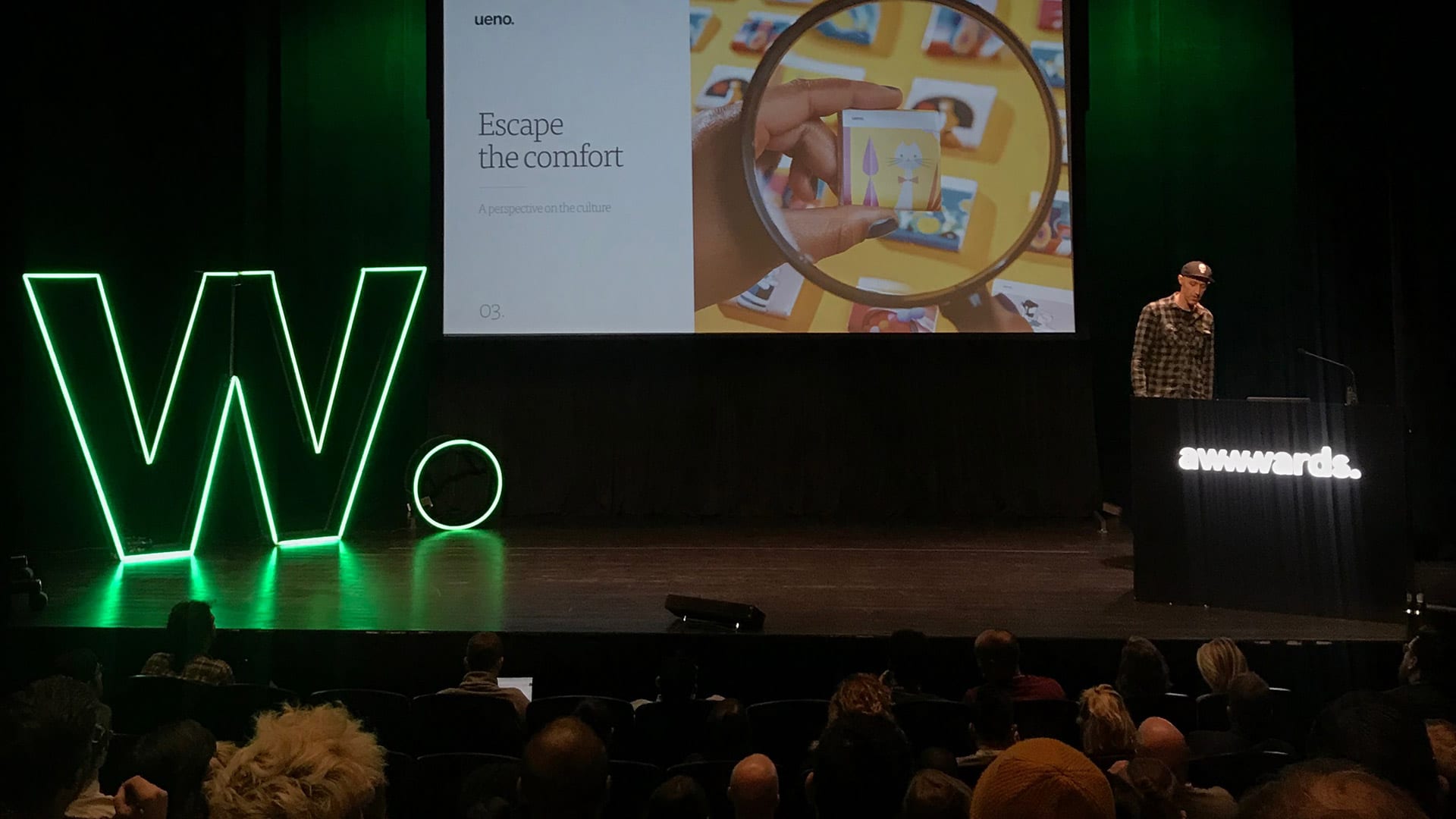 David, one of the most important creatives of the Ueno agency, gave us a fresh and direct emotional conference where their Cowboy project, the identity and the brand of a revolutionary electric bicycle.

We also want to thank him and his team for lending us the facilities of their studio on Broadway Avenue for a day.

“Turn what you are and where you want to be in a challenge.” 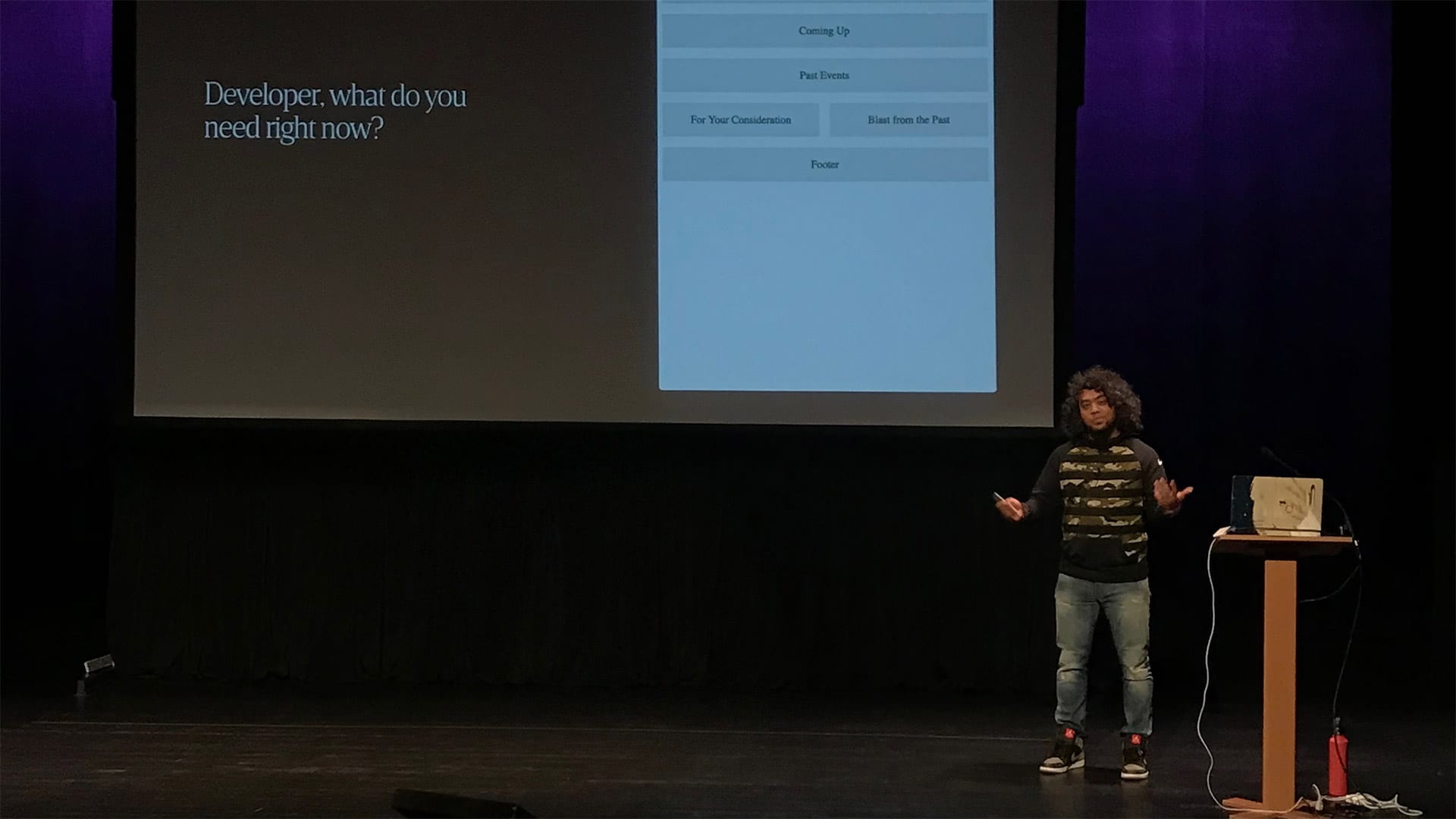 Creative Director of Superfriendly. A fantastic speaker to start the conferences, who managed to wake us up and snatch us some smiles.

The content of his talk was based on advice and methodologies to improve collaboration between design and development teams, something that in our sector is one of the challenges of day to day.

“Ask your developer. What do you need?” 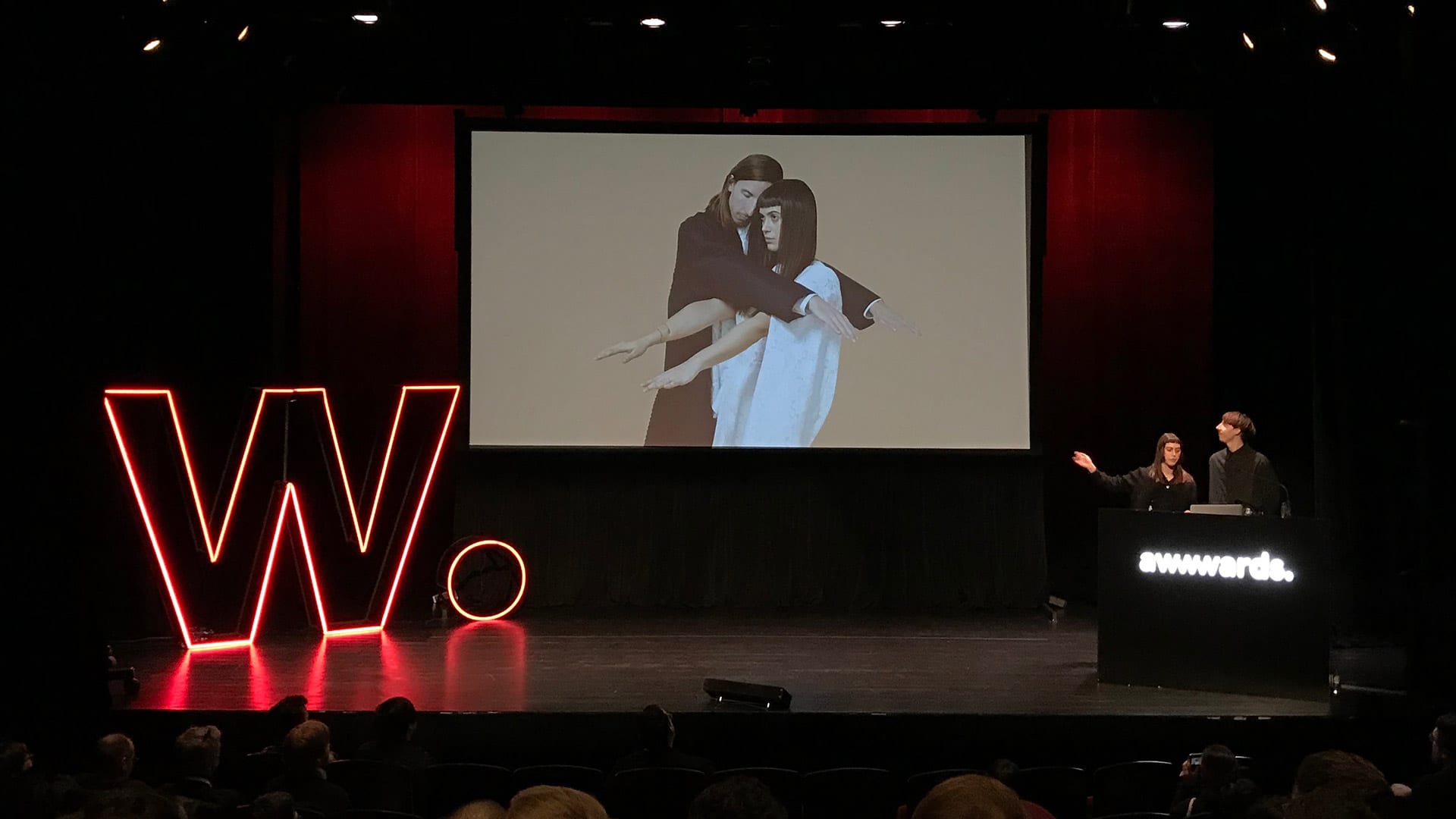 Without a doubt, it was one of the funniest talks, where they empowered us and explained how their DIY and collaborative philosophy worked.

Some colourful works, daring and in many cases brimming with personality in a sector that is sometimes a little conservative, works that obtain great repercussion and generate great brand identities through resources such as acid humour.

“The work can look very polished but it's really about the sh*t show that's around it.” 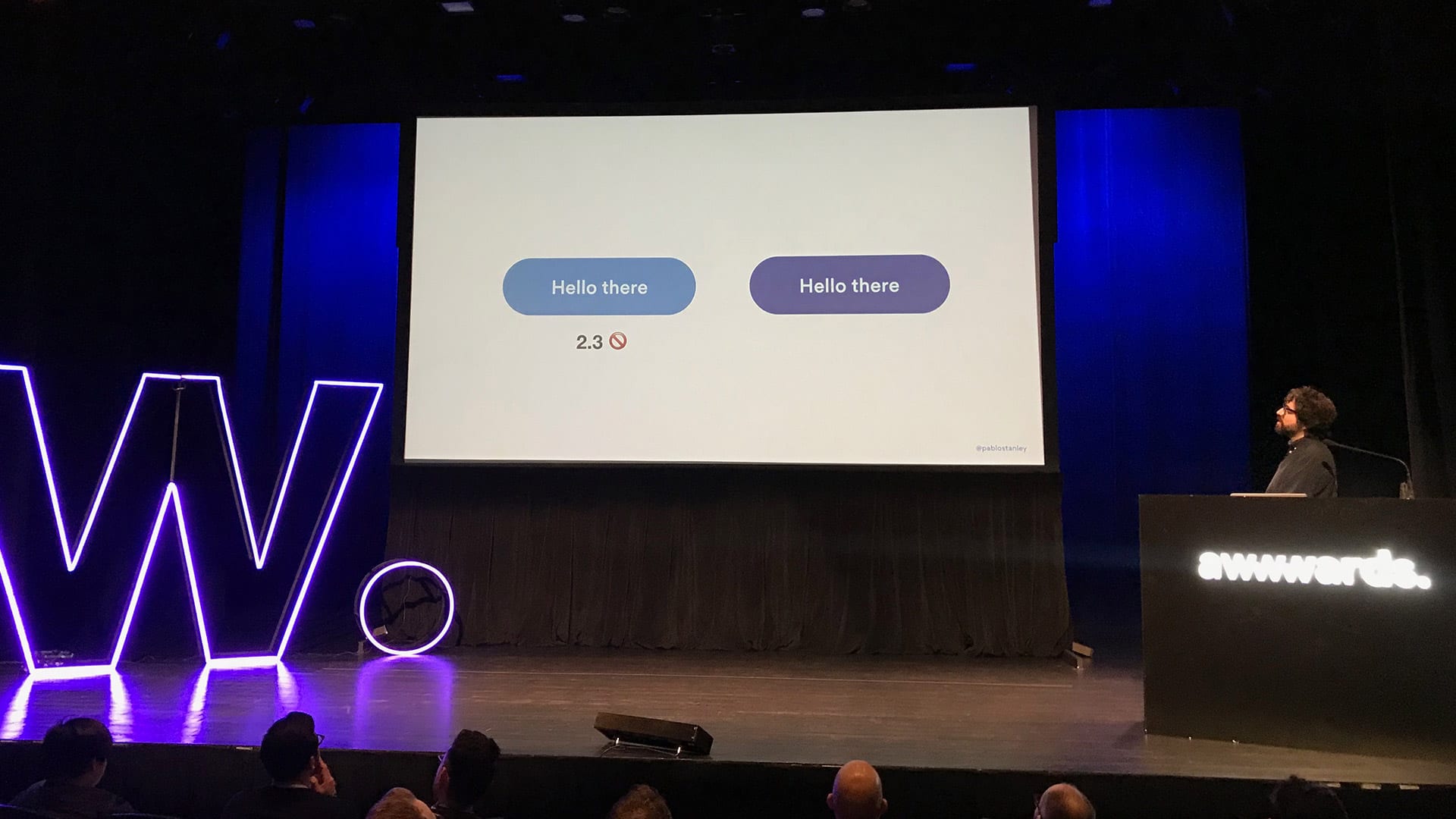 Head design of Invision. Without a doubt, he was one of the protagonists of the conferences, not only for being the Master of ceremonies, but for giving a great talk about accessibility on the web, a topic apparently boring although narrated in his own person, turned out to be the most entertaining and productive of the conferences.

“Designing for accessibility is not that hard. It's not expensive, not ugly and doesn't have to be extra work. That's a myth.” 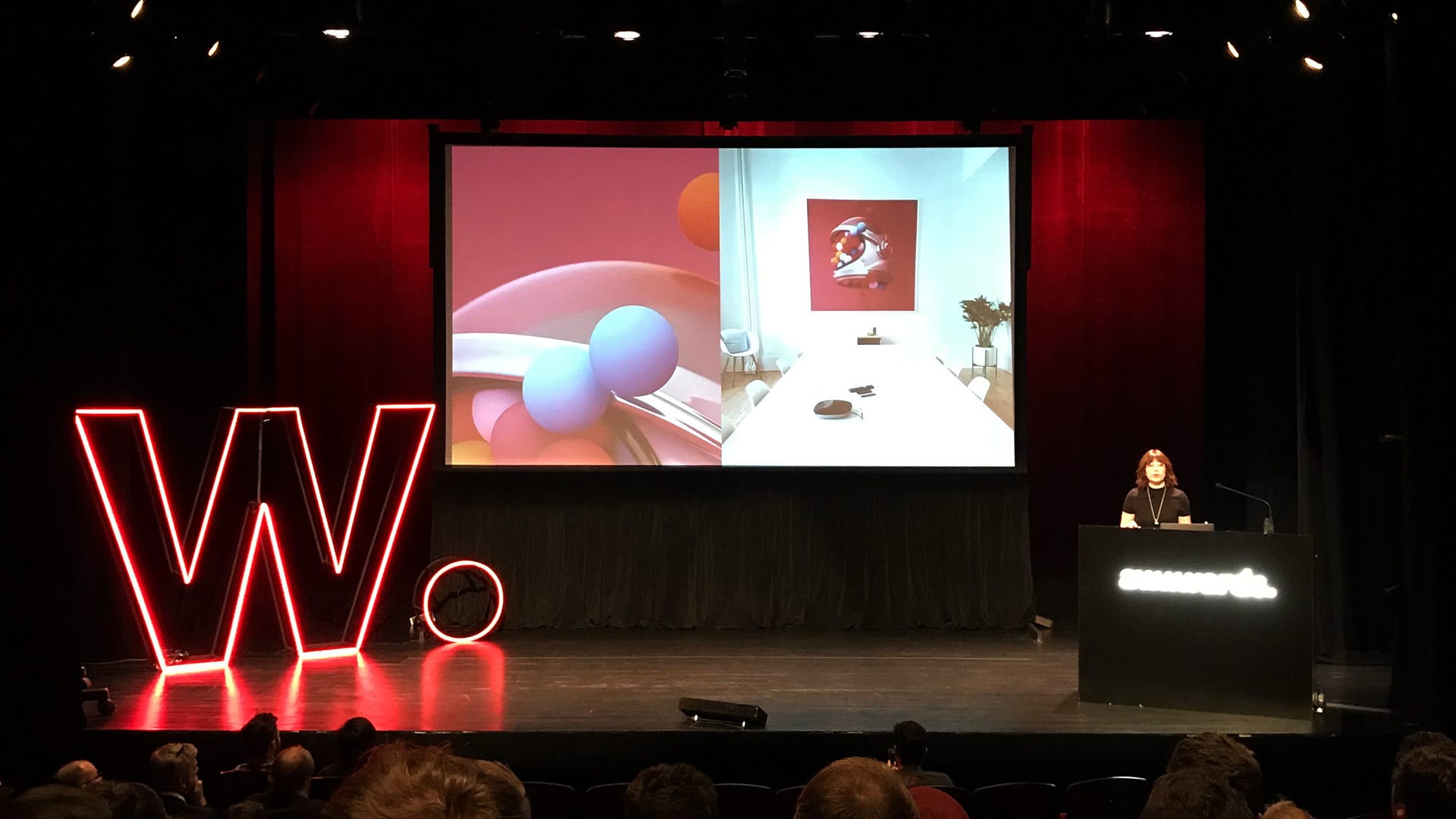 He told us about branding and showed us the evolution of the MailChimp brand, describing the clear work he developed for the Ueno agency and what brand values they wanted to convey with the development of the Gorilla brand.

“Make other people surprised and happy is totally rewarding.” 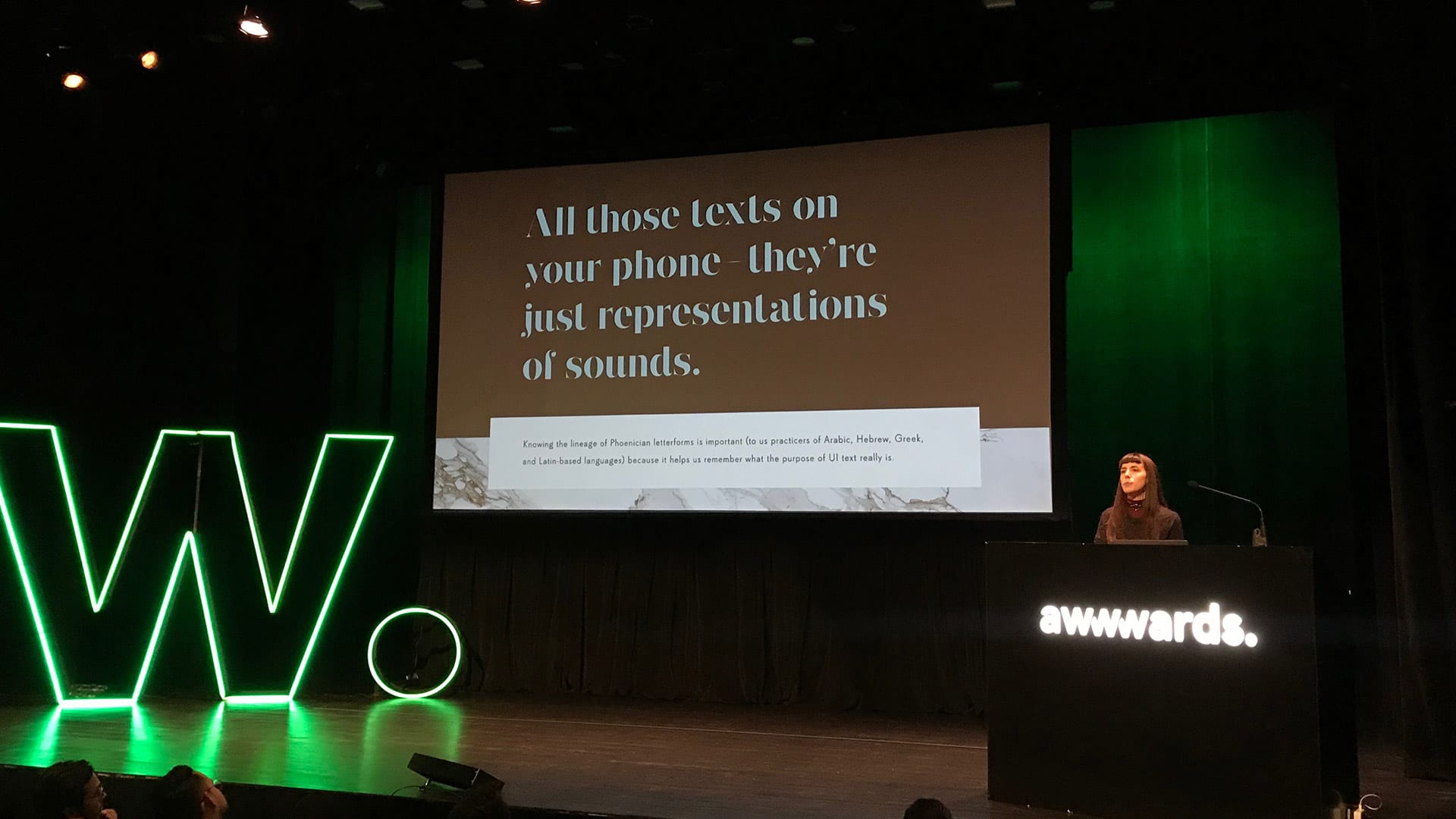 “The future of typo will have less typo.” 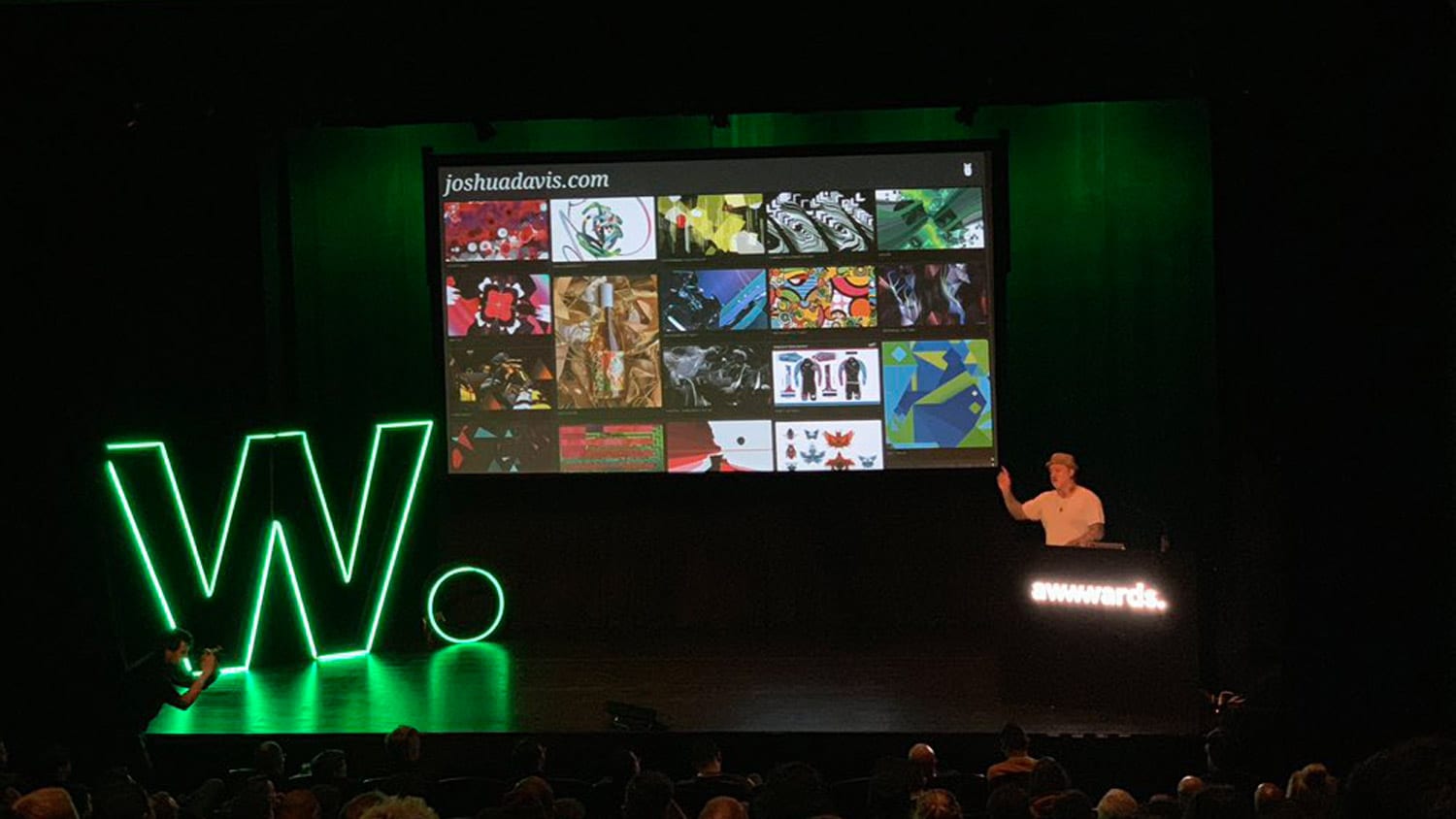 A classic of conferences. We have been able to see it multiple times in the OFFF, MADinSpain and in other renowned festivals. He was in charge of closing the event and did not disappoint, he updated us on his work and gave us some tips to be better professionals and enjoy your work.

All this happened a few days ago and we already missed NYC. See you in the next Awwwards and long live the Web!